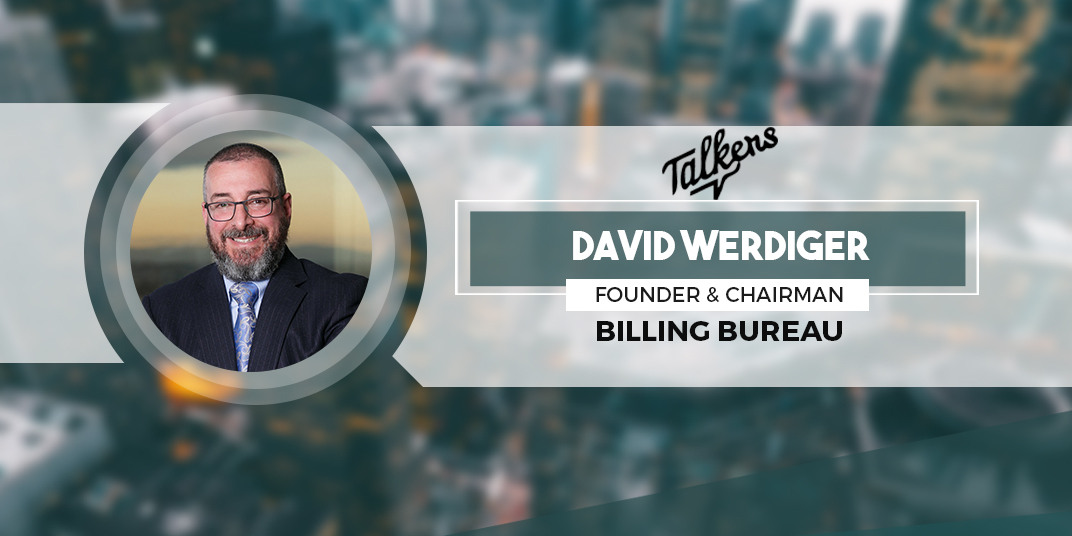 Billing Bureau’s founder and chairman David Werdiger, speaks to Business Radio Talkers.FM’s Wayne Bucklar about Billing Bureau, the rise of the subscription economy and the impending arrival of Amazon to Australia and the impact they will have on local business. It was recorded on 28 September 2017.

Wayne Bucklar: You’re listening to Business Radio Talkers.FM. My name is Wayne Bucklar and my guest today joins me from Melbourne in Australia. He is David Werdiger and he’s here to talk about a number of things that he does. Now, When you read David’s bio, he’s a technology entrepreneur, he’s the best selling author, he’s a speaker and adviser and today we’re going to talk particularly about the business Billing Bureau that he has founded and we’re going to talk about a bit about some of the trends in that. David, welcome to the show.

David Werdiger: Thanks very much Wayne.

Wayne: Now David, I’ve given a quick snapshot of your bio. Why don’t you fill us in on what are we are going to talk about today and what it is you do?

David: Today we’re going to talk about billing. Billing is very boring for most people. It excites me and all of my crew which is a bit of strange but it’s really very important to us and you know we’ve been doing billing for Telcos for over 20 years at Billing Bureau. And now we’re sort of thinking beyond telecommunications and into all sorts of other things. Because we’ve seen trends of the way people pay for things and the way vendors what to charge for things. And it’s all moving towards these recurring billing relationships which we believe are extremely powerful relationships between suppliers and customers.

Wayne: Billing is always a wonderful subject if I’m the one doing the billing but it’s always very boring if I’m getting the bills. What are the trends you’ve seen?

David: What’s happening is people have recognized the value of a recurring billing relationship. So, it used to be you’d buy a software and software you’d buy it once, in a box, install it onto your computer and continue to use it. And the software vendors would always have to be investing and continuing to develop the software and make it better. And they would put out more releases. Then they’ll ask you to fork out some more money … from time to time which you may want to, or you may not want to. Then install another release, etc, etc, so you have this release cycles corresponding with forking out extra money to the vendor. And where the software industry has changed for two reasons: one, we have seen the emergence of cloud computing where software can be delivered through the cloud rather than to be installed on your desktop. And that means you’re constantly connected, you always need to be… the software which is sitting on the central server, and that means the vendor is able to update it for you and for everybody very easily. And that’s given rise to the pay-per-month of the pay-per-use revenue models for these vendors. And that happens to desktop software as well, so with Microsoft Office, you used to be able to buy it in the box, and now you buy Office 365 and they charge you every 365 days and everything’s in the cloud and they basically have you hooked. You can’t stop paying. If you stop paying, you stop having access to the software. It makes it much easier for the vendors because it really puts them in a powerful position to control your usage, to understand your usage, to make sure you always have the current version so that they don’t have to support multiple versions which is very expensive for software vendors. One way to look at it, is a bit of the power shift towards vendors and away from customers. But more importantly it gives the vendors more certainty and more control of their revenue stream because it gives them a recurring revenue stream.

Wayne: Now, for almost everything I use online these days, from you know accounting, and email and document storage, it is all paid for per month in the cloud and I can understand why people do that. Because also a tremendous amount of choice. Do you see that some of the trade off that software houses has paid for moving to that cloud-based model?

David: It’s a very clever market and I don’t know if they paid a price for that. It seems to be a market that has a very long tail. Only small number of companies can really make it big and the rest will just meander along and struggle or possibly die a slow death. So that’s one way the market changed, certainly at the app market I think Apple has stripped a lot of value out of the market. You know we used to be very happy to pay $50 or $100 for a piece of software and now we are reluctant about paying $3.99 dollars for an app. So they’ve really, it’s a bit of a predatory pricing approach to make apps mostly free and to reset the expectation of customers that apps are virtually free and therefore it causes the vendors to search for other sources of revenue like advertising or data. But it does devalue apps which is not necessarily a good thing.

Wayne: Does also to sneaky bear traps on somebody’s apps too. I was using one just recently that does diagram drawing and it’s very low cost and very cheap but the only place you can store the diagrams is on their server and that’s where the money adds up.

David: Correct. And here the other trend we’ve seen is freemium which is where they’ll give you a limited functionality version for nothing in the hope, I call it the ‘drug dealer model’.

David: Start using this, you’ll really enjoy it, and you do, and you get hooked on it and then you start “Oh but I need to do this” and that’s cost you $3.99 a month. Sure thing, “Here’s my credit card. Katching-katching”.

Wayne: And all those little ‘katching’s’ add up when you’ve done that regularly for 12 months and then one day you’ll look at your statement and “Wow, there’s nothing on here more than 5 dollars” but there is an awful lot of those little 5 dollars.

David: That’s right. My adage is: the best way to get money from somebody is a little bit at the time.

Wayne: That’s probably very true. This is Business Radio Talkers.FM and I’m in conversation with David Werdiger. And we’re talking about some of the business he does both at Billing Bureau but also as keen observer of pricing and strategies in the online space. David I wanted to lead you on to something we’ve been talking to a lot of people to on Talkers about and that is Amazon’s arrival to Australia, and how you see it having an impact and whether it’s likely to have an impact on you or another people or advice that you have for people about their arrival. What’s your thinking been?

David: I think like anything, it won’t have as big an impact. It’s never as bad as people say and never as good at people say. It will certainly have an impact, everybody thought when Aldi came onto the market. You know it will be the death of Coles and Woolworths and that’s certainly had an impact but it hasn’t been as bad as people thought. Amazon will certainly have an impact on retailers in Australia. Retail is down in Australia in any event it and needs to rethink itself in any event with or without Amazon. So yes it will have an impact but others will be doing the same sort of things and already preparing for the arrival of the 500 pound Gorilla.

Wayne: Wow it will be interesting to see what happens when they arrive. To my surprise, most of the people including retailers that we have spoken to, don’t see having a particularly big impact on their business.

David: That’s very interesting. Certainly it will probably have an impact in some sectors but Australian’s are used to buying stuff from international online vendors in any case or be able to ship here. So having a local one may not make such a big difference or certainly not as big as people expect, that’s my point.

Wayne: David, we’re running out of time but for people who have heard you today and would like to get in touch. What’s the best for them to reach you?

Wayne: I’m always in trouble for not for giving people time to get their pencils ready. So it’s www.billing.com.au.

Wayne: David, thank you for your time today. Appreciate you’re making yourself available to have a chat to us.

David: And thanks so much for the opportunity Wayne.

Wayne: If you just joined us on Business Radio Talkers.FM and you’ve missed my conversation with David. And our very interesting chat about price trends and the Billing Bureau and what might be happening with Amazon arriving. The good news is we have a transcript to the interview, we also have an audio archive on YouTube, SoundCloud and iTunes. And you can access all those things through our website at www.talkers.fm. My name is Wayne Bucklar and thanks for listening to talkers.fm

About Us
Our Solutions
Pricing
Billing & Invoicing
Collections
Blog